Why a Prenup May Be a Good Idea For You 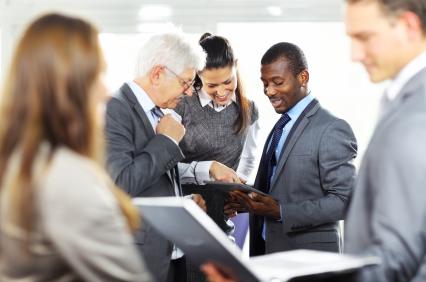 The prenup is not and never has been an easy or pleasant topic for couples to broach. However, while once set aside for the super wealthy, prenups are becoming far more common for traditional couples that don’t have enormous assets and properties at stake. Prenups have become a means for couples to clearly outline their assets so as to avoid messy divorces and break-ups. It may be an uncomfortable topic to bring up, but it is a good idea for many couples that can be beneficial even if a divorce never becomes an issue.

Every state has rules and laws determining how money and assets will be divided up at the end of a marriage. A well-written prenup simply allows a couple to create their own rules if this situation is to arise. It is, however, a touchy subject that needs to be brought up and handled carefully so as not to cause a rift with your partner. There may never be a perfect time to bring it up and you likely are better able to judge the mood of your partner better than anyone else. One important piece of advice is that it is a topic that should be discussed earlier rather than later. It is not a good idea to bring up a prenup close to your wedding day as this could cause stress or seem like a sign of uncertainty. It is likely a topic that will require several conversations and thus giving yourself time so that it does not have to be rushed is a good idea.

See also  Make the Switch From Toxic to Green Cleaning

In terms of the specifics of the prenup, it should be up to you and your partner. One important thing to consider is that it is likely best to focus on assets and properties. Also the point of a prenup is to determine who will get the major assets rather than all the individual items. For example, it is probably best to avoid discussions over who will get the dog, the DVDs or that mirror in the kitchen. Focusing on such petty items will likely cause disputes and disagreements, which is not the point of arranging for a prenup.

There are also other options aside from a prenup that can be discussed. For couples that are already married, or for those who are about to take their vows, a post-nup may make more sense. Trusts are another potential option. They can serve to transfer certain assets from an individual’s estate to a separate location. This move enables certain assets or properties not to be considered marital property before the marriage has occurred. Some couples can even decide to simply keep some of their individual assets separate. Such agreements can work but they can also lead to complications if alterations to such assets occur during the marriage.

The bottom line is that prenups are becoming a more common means of clearly identifying assets and properties so as to avoid messy, complicated divorces. Whether or not you decide to get a prenup is up to each individual couple, but regardless it is an option that should be considered.