Why You Should Invest in Silver Now 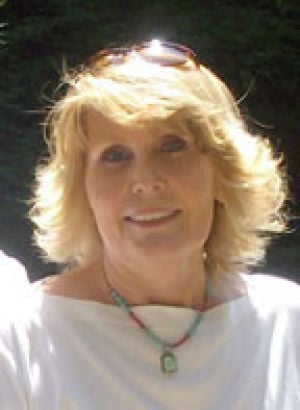 Why You Should Buy Silver Now

Gold and silver hold their value while paper money loses its value with inflation. The U.S used to back all of its paper money with gold and silver. The coins were made of silver. This prevented the U.S. from printing as much paper money as they wanted to. But that is not the case anymore. Each country has its own currency but gold and silver have value everywhere in the world. They are real money.

Silver is best electrical conductor that exists– even better than copper. This makes it necessary in parts of electronic devices. Half of the demand for silver is in industry, not jewelry or as a precious metal for investment. Whereas gold has a much smaller demand in industry than silver.

The electronics industry is a fast growing industry. So the need for silver is constantly growing. Now I feel that it is important to try to recycle as much of this as possible even if it requires extra effort. But many people just throw away these devices because it is easier.

Now I am mentioning this more for entertainment but it is true. Silver can be pressed into very thin layers. People in India like to wrap food in these thin layers of it and then eat the food with the silver on it. Also they coat many pills with silver. They are fond of making a lot of jewelry with silver.

India has a billion people and a fast growing economy so this plays a part in the world’s need for silver. Some people consume silver as a medicine to help the immune system. You need to be careful not to take too much since it creates a permanent medical condition where your skin is blue. If you do a search, you will find some videos of people that have bluish colored skin from it.

China has a fast growing economy and they have passed Japan as having the second biggest economy in the world. The middle class there is rapidly growing and they are investing in silver. For many years China was an exporter of silver. But since 2007 they have been importing silver. China is telling their 1.3 billion citizens to buy silver and invest in silver.

One way of buying precious metals like silver is to buy coins like silver coins. Keep in mind that the ones that are graded perfect or near perfect cost a great deal more than the value of the silver. They are locked in plastic and you can not take them out unless you want to pay to get it graded and sealed again.

But you can get the regular coins that are not in sealed containers and they are called brilliant uncirculated coins. They have never been in circulation and they look great. Their cost is only slightly above the cost of the precious metal.

You can also buy bars of silver called bullion. You can have a company store it for you or you can keep it for yourself. Then you need to keep it in a secure place so it sill not get stolen. This is a short introductory article and is not attempting to cover everything.

Precious metals are commodities. People can buy stocks in silver mines and buy shares in mutual funds that have shares in many silver mines. For example the mutual fund SIL has shares in 10 silver mines including SVM. Silver Corp Metals (SVM) has the largest silver producing mine in China, but it is a Canadian owned company.

There is one called iShares Silver Trust (SLV) and it has been around for over 5 years. It holds or stores 10.9 billion dollars in silver. Now I saw a video where a guy says that it must be a scam. There are many confusions about investing. He talks mostly about trying to get possession of your silver from them.

See also  Lead Generation Getting You Down? These Tips Will Help

First if you want to get silver to possess, you go to a company for that, not an ETF. Also he talks about a collapse of the economy. This is not about that. In that case food, cigarettes and guns may be the things in demand.

Also in the old days everyone that had stock in a company got a certificate from the company. But with all the trading that is going on that is impractical. So now the trading company owns the stocks and they hold your stock for you. So the trading company can go to SLV and get the silver, but you cannot do that. But why would you want to?

Central banks around the world are now buying gold and silver. As more people learn about this, more people will buy silver and the higher the price will go up beyond all the above explanations. One market expert has said that silver is like gold on steroids.